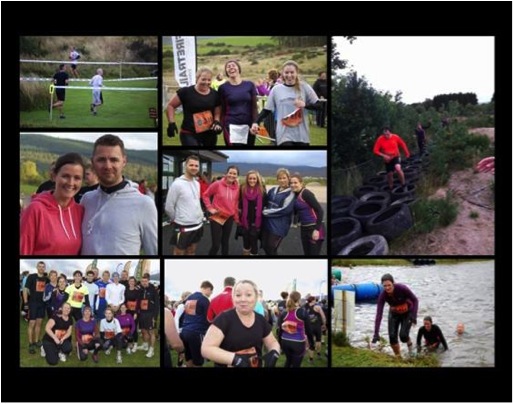 We would like to thank an Aberdeen fundraising team who have raised more than £6,000 for local cancer charities after successfully completing a gruelling 10km Beast Race. We would also like to thank all the team’s very generous supporters and sponsors.
Kelly Milne (34) and her team, ‘Kelly’s Heroes’, took part in the Beast Race in Banchory in September, when they were faced with tortuous rope webs, freezing cold boggy marshes and barbed wire tunnels.

Kelly decided to pick UCAN as the beneficiary as the charity supported her late uncle, Roddy, during his battle with prostate cancer. Sadly Roddy Milne lost his fight with cancer 7 weeks before the beast race but his family were all there to support Kelly and the team on the day.

Kelly works as an Operations Supervisor with V-Ships in Aberdeen and lives in the city, said:

“I chose UCAN because as a family we are doing all we can to raise awareness of prostate cancer and raise as much money as we can for the UCAN Care Centre, ARI and also the Robotically Assisted Surgical System (RASS) campaign.KellysHeroes2
Fundraising manager Fiona JD Pearson said: “The Milne family have been fantastic supporters of UCAN since 2009. Every family member has been fundraising and the total amount raised over the years exceeds £16,000. We are so grateful to them and also to Kelly for choosing to support UCAN by taking part in this epic challenge.

“We want to raise £2.5million by the end of 2013 to bring to Scotland the first Robotically-Assisted Surgical System (RASS) for Aberdeen Royal Infirmary. This equipment will directly – and indirectly – benefit thousands of people in the North of Scotland who require a specialised operation, so we are delighted to have the continued loyal support of the Milne family and their friends.”

UCAN was set up in 2005 to raise awareness of the four main urological cancers – kidney, prostate, testicular and bladder – and improve the lives of patients and their families. In 2008 the UCAN Care Centre, based at ward 209, (formerly ward 44), in the Pink Zone, Aberdeen Royal Infirmary was opened and to date over 10,000 people have used the facility. 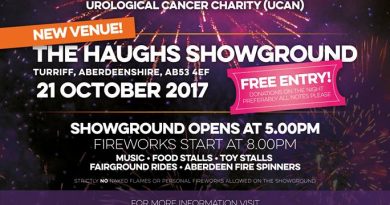 12th October 2017 Moderator Comments Off on UPDATE: Fireworks against cancer 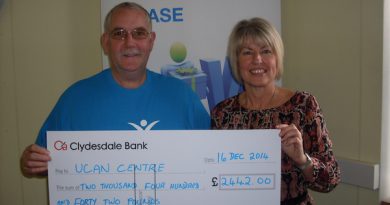 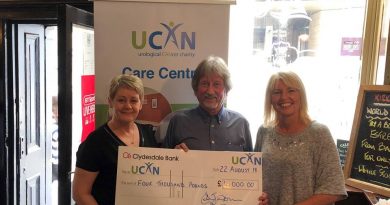 Thank You: Colin, Elinor and Elaine

23rd August 2018 Moderator Comments Off on Thank You: Colin, Elinor and Elaine