The vision of the Urology Department is to position Aberdeen as an International Centre of Excellence for Urological Care, Applied Research and Training (“An Academic Centre”).

UCAN has sought to plug the gaps in service provision and funding that the NHS has not been able to make a priority but which significantly impacted on urological cancer families in the North-East. Through constant dialogue with patients and their families, UCAN has successfully delivered 2 phases. Phase 1 (2005 – 2012) was about putting in place cancer care support structures that were non-existent with the establishment of the well staffed UCAN Centre as well as mounting a more patient-focused research programme aimed at equipping patients with better information about their diagnosis and helping them to make more informed decisions about their care. It is important to note that NHS Grampian has successfully taken over the salaries of the UCAN staff and the University of Aberdeen took over the salary of Sara MacLennan as agreed with both organisations.

Phase 2 (2013 – 2015) was about strengthening the technical skills for curing patients of their cancer by bringing the first surgical robot to Scotland. This was successfully completed in August 2015. There is a need for a second surgical robot in Aberdeen, however the consensus so far is that UCAN should not be funding the acquisition of the second robot as the system would be used by non-urological specialties. UCAN’s role should be advocacy in supporting NHS Grampian to secure the funding for the second robot. There are likely alternative funding sources such as the recently announced £100 million Scottish Government Healthcare Initiative for which NHS Grampian has included a second robot on the list of items being requested from Scottish Government.

The past 10 years has seen Aberdeen concentrate on applied patient focused research in urological cancer translating that research into policy and practice. Reflecting its origins and early development, Aberdeen has particular expertise in evidence synthesis, clinical trials and observational studies on surgical interventions. Aberdeen also has expertise in patient-oriented programmes of research including the health psychology of cancer survivorship and core outcome set development; for registries and datasets. UCAN’s funding has played a critical role in all of this success and the UCAN brand is increasingly recognized internationally. UCAN funded research has informed European Guidelines for Urological Practice (James N’Dow currently heads the European Association of Urology Guidelines Development Office).

Sharing Knowledge: of UCAN experience across Scotland, rest of UK, EU wide. For this, since 2016, Dave Macdermid’s consortium has led on work to tell the UCAN story 10 years on through a documentary (interviews with Sam McClinton & James N’Dow as Founders), podcasts with urological patients and development of an all-encompassing website that demonstrates the synergy between the clinical services, UCAN patient support services and science/research activities. See http://www.ucanaberdeen.com

Increasing Patient Involvement: A key ambition is to expand the role of the Patient’s (family’s) voice in decisions about their care and in new service developments. The establishment of UCAN (Urological CANcer charity) in partnership with NHS Grampian and the Academic Urology Unit, marked a shift towards increased and targeted provision of evidence-based support to patients with urological cancer and their families. The establishment of the UCAN Cancer Care Centre and associated services has had a direct impact on clinical practice, facilitating communication between patients, their families and healthcare professionals, as well as among patients and healthcare professionals. In particular, it has resulted in radical changes in the way a cancer diagnosis is delivered. Previously the breaking of bad news took place either directly on an inpatient ward, or in the very busy outpatient clinic environment, offering patients and their families a limited time and only some degree of privacy. Currently, the UCAN Cancer Care Centre provides ample time and a private, non-clinical environment for breaking bad news, as well as immediate access to informational and emotional support from the experienced staff working in the centre.

The services provided by UCAN form a model of integrated cancer care and support. Informed by research evidence and best clinical practice and developed in consultation with patients and their families, this model embodies the notions of patient-centred medicine and evidence-based medicine recognised as guiding principles for the design and delivery of healthcare services in many western nations. Integrated with the patient care pathway, combining various information and support tools and services and acknowledging an active role of healthcare professionals as educators, the UCAN model addresses the diversity and individuality of patients’ needs and preferences. As such it offers a personalised approach to the provision of care and support to those affected by cancer.

Firstly, UCAN should scale up our UCAN experiences to EU level to create an EU wide urological cancer patient network (making patients’ voice heard with a view to impacting EU policy and funding decisions as these in turn do impact us in Scotland). The promotion of the UCAN model of care nationally and internationally in a more visible and effective way, with a central role for the patient as an effective advocate, is an important part of this ambition.

Secondly, there is the need to establish an effective model for patient engagement in the design and implementation of clinical practice guidelines (CPG) within Urology. Appropriate patient engagement that promotes active participation in the guideline process (development and implementation) is one aspect of delivering patient centred care, achieving high quality clinical care and improving adherence to CPG recommendations. This has to be guided by a clear process model which has evaluation embedded from the start. This new model should transcend national boundaries and facilitate an effective process for the development and implementation of European CPGs with Aberdeen / North of Scotland being at the forefront leading this innovative change. UCAN is in a position to lead on and further establish Aberdeen as an international centre of excellence.

Thirdly, continuing to provide world-leading research in cancer survivorship forms a key strand of our vision for urological cancer care in the UK and Europe. Cancer survivorship is the area focused on enabling individuals to make as full a return to normal life as possible from point of diagnosis onwards until end of life. This includes issues related to diagnosis, treatment, the promotion and maintenance of recovery, side effects and late effects of treatment, quality of life and psychosocial wellbeing, engagement in work, dealing with advanced disease and secondary cancers and information and support needs. Understanding the person within the social and cultural context in which they operate is important and survivorship includes significant others, friends, family.

Despite the fact that Aberdeen is leading the field in this arena, there are examples of good patient focused practice internationally that Aberdeen should be actively learning from and bringing such practices back to the North of Scotland. New developments should be evaluated intermittently and the results disseminated. Establishing Outcomes of Most Importance to Patients: Outcomes of Urological Cancer Care delivered in Aberdeen should be collected systematically and regularly compared against the best in the world and the findings disseminated. However, there is a lack of consensus on which are the most important outcomes for urological cancer patients. There is certainly little known and reported about impact on return to normal activities including return to previous employment. This is an area where Aberdeen can lead the way as we have started doing with the CRANES funded COMPACTERS project led by Steven MacLennan (originally funded by Macmillan through UCAN and then he was CRANES funded for 3 years). Further discussions with CRANES are planned to progress this work; however this area ought to be a long-term UCAN / Aberdeen / NHS Grampian priority.

Urological cancer (especially prostate cancer, bladder cancer and kidney cancer) is a growing health problem worldwide. The management of these different cancer types is controversial. It is unclear which of several surgical, radiotherapeutic, ablative, and surveillance treatments is the most effective. Evidence from randomised controlled trials (RCTs) is not optimal because of uncertainty as to what constitutes important outcomes. Outcome definition, measurement, and reporting are also heterogeneous.

To move this area forward, and establish Aberdeen as an international centre of excellence, we will conduct programmes of work to determine which outcomes are the most important to patients and healthcare professionals. The findings from this work will be used to recommend standardised core outcome sets for comparative effectiveness trials of treatments for urological cancer, to optimise decision-making. Importantly, the core outcome sets will allow surgeons in the North of Scotland to put in place reliable registries collecting patient outcomes which would inform future care of our patients. By working with international experts, the results of this work will also promote standardisation of outcomes being collected internationally, thereby allowing The North of Scotland to reliably compare our results with international centres of excellence. This will also further establish Aberdeen as one of these international centres of excellence.

The range of potentially important outcomes and measures will be identified through systematic reviews of the literature and semi-structured interviews with UCAN patients and patients from other catchment areas. A consultation exercise involving representatives from key stakeholder groups (including patients, healthcare professionals and Hospital management personnel) will be used to ratify the list of outcomes to be entered into a three round Delphi study. Following the Delphi study, a final consensus meeting attended by representatives from the key stakeholder groups will determine the final recommended core outcome set. Establishing Aberdeen as a Centre of Excellence for Education and Training: We have achieved this in terms of research especially in evidence synthesis and this is evidenced by the impact UCAN-funded activities have contributed to European Urological Guidelines and UCAN-funded staff training EU Guideline developers/Urologists in evidence synthesis methods; now we must do the same for surgical skills by planning courses and inviting the best trainers to join the faculty with the first aimed for 2018
UCAN AND NHS Grampian should look to support health professionals involved in urological cancer care in Aberdeen to travel to other International Centres of Excellence to gain and bring back new knowledge to the North of Scotland UCAN could also make a contribution to support international experts visiting Aberdeen to improve our cancer services

Strengthening UCAN Super-Specialist Nurse Positions: to provide broader coverage and better cancer services. Currently, our UCAN nurses provide super-specialist Prostate cancer support (Kevin Wardlaw) and more general urological cancer support services (Linda Pennet, Debbie Munro and 0.5FTE Lesley Simpson). It is evident that one of the most effective and appreciated UCAN funded service development has been the support provided by the UCAN urological cancer centre specialist nurses; patients and their families tell us so. They have also seen the incredible improvement in support now experienced by Prostate cancer patients and their families and they want the same standard of care for the other urological cancers (Bladder, Kidney, Testicular and Penile cancers). An expansion of our super-specialist services should be supported to plug long-term major gaps in the service in the following way:

This proposed development will ensure the North of Scotland will stand apart and be recognised by patients, their families, other Scottish centres and other international centres as the leading force in transforming the care cancer patients and their families need.
Total 5 year budget: £1,090,803 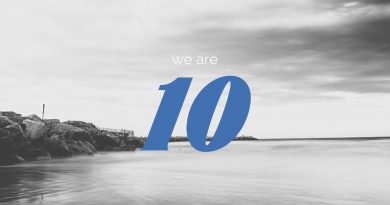 Achievements and Successes | The next phase 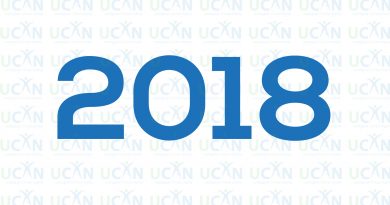