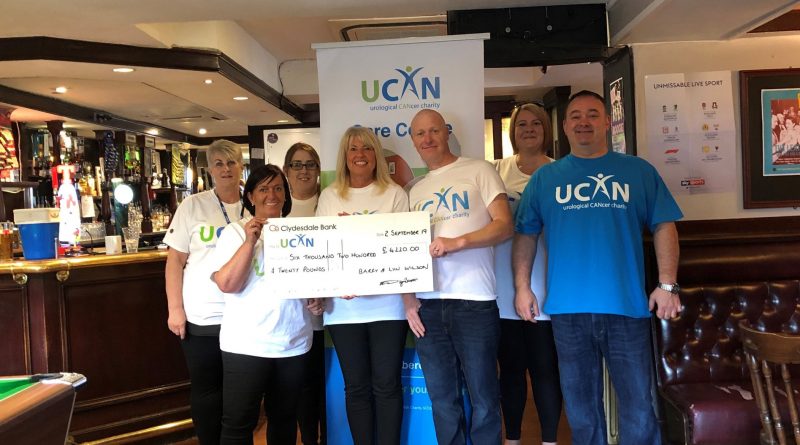 Thank you to Barry & Lynn who decided to raise some funds and awareness for UCAN by holding a small fundraising night at the Leathen Arms in Portlethen. With three weeks to organise and a holiday in the middle of it, their “small” event grew arms and legs and they raised a whopping £6,220.00.

Many thanks to everyone who helped make the night such a success. UCAN’s Gayle Stephen went to the Leathen Arms to receive the donation and met with some of the people who made the event possible.

Pictured l-r Caroline Laing, Claire Shearer, handing over cheque to Gayle is Lynn and Barry Wilson, Lesley McMillan and Alan Mcmillian, thanks to the shy Tracey Kennedy who opted to be photographer rather than in the photo 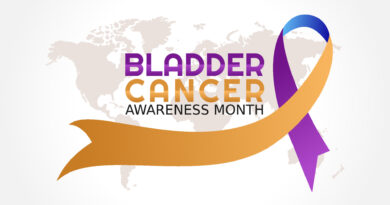 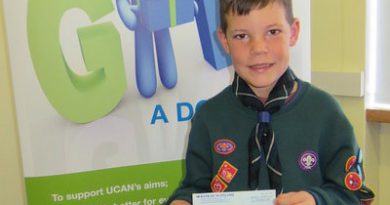 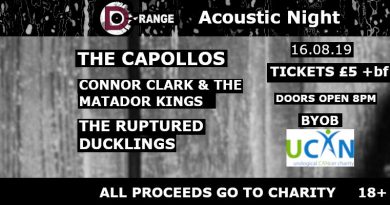 UCAN patient Darren Lawrie wanted to give something back for the care he received while undergoing treatment for Penile Cancer.