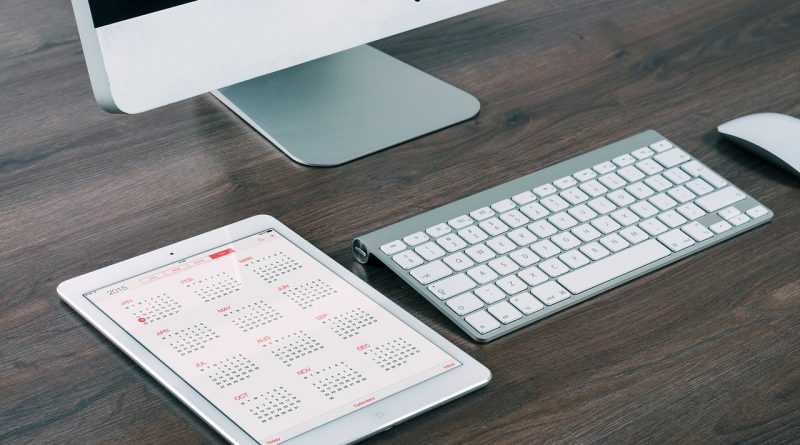 Ground-breaking Aberdeen based urological cancer charity UCAN, which has revolutionised the pathway of care for patients since its inception in 2005 is relaunching its website, which will now become a ‘one stop shop’ for all urological aspects ranging from comprehensive academic material to information for patients and people who think they may have urological cancer symptoms.

James N’Dow, who along with fellow Consultant Urologist Sam McClinton was the brains behind the initiative, explains the rationale behind the new site www.ucanaberdeen.com. “The UCAN model changed the way patients are treated and the UCAN Centre, which opened in 2008, is rightly lauded as being a ground-breaking innovation and is one that could be replicated anywhere in the world.

“In addition to that, the north-east of Scotland has built up a reputation at being right at the forefront of academic research in the treatment of urological diseases. Academics around the world will be naturally drawn to what is happening in those areas and so it seemed logical to have a site where they can also access demonstrations where ‘best practice’ is being performed through the UCAN model of care.

“Some of the UCAN funded research staff have contributed hugely in the development of European Association of Urology (EAU) guidelines which are recognised as being the most comprehensive and most trusted in the world in terms of urology.

“Additionally, the methodology used to assess evidence by EAU Guidelines Panel members is being taught by UCAN staff based in Aberdeen so in many ways UCAN’s funding has had a far wider reach than just Scotland, which is absolutely amazing.”

While UCAN has achieved much in the past decade, for its founders, there is still much to be done, according to Sam McClinton. “As a centre, it’s important that we continue to grow and provide a high level service for our patients.

“On the cure side, we are advocating for a second robot in Aberdeen in order that we can become a training centre for other surgeons throughout the country.

“On the research front, we will continue to provide evidence for patients to assist them to make sensible decisions while we also need to take the raising of the awareness process further than we have. The increased awareness of symptoms of urological cancers has seen a marked reduction in patients coming to see us later than they should but we can’t stand still or become in any way complacent.”

For the first six months of the year, The UCAN Centre was temporarily rehoused while work was undertaken on the floor that they occupy. And, as James N’Dow explains, one of the charity’s biggest supporters used the time to good effect. “We are extremely grateful to well-known businessman George Stevenson, who is a former non-executive Director of UCAN, for organising the refurbishing of the centre when we were operating from our interim base. Having close association with the building trade, George was pivotal in supplying the fixtures and fitting at no cost when the centre opened and once again he has come up trumps for the charity. We cannot thank him enough.” 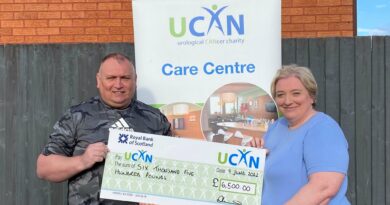 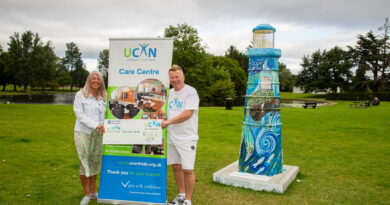 14th September 2021 Moderator Comments Off on Thank you: Lindsay, Andy, Keith and Maureen 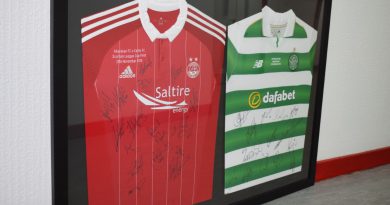 Charity fundraiser with a difference